Being tasked with fully emptying an entire house can be a Herculean task. Luckily, dumpster rentals are possible, and with them, you can better focus on the job without racking your brain to figure out where you'll take things. However, simply renting dumpsters won't solve all your problems. You've got to sidestep these potential rental problems.

1. Getting Fined by Your Town

Many people don't even realize that the city, town, or municipality where the house is could fine them for the presence of the dumpsters. Dumpsters are, of course, legal to have and use, but some municipalities require advanced notice and permits for them to be located on public streets. If you're assuming the dumpster rental will be sitting on the road in front of the house you're emptying, just contact the building or permits office long before you'll use the dumpster.

Smaller dumpsters are typically more affordable than bigger ones. Many people assume that they'll just opt for a smaller model because they misjudge the amount of materials they'll need to dump. If unsure, you should have a few conversations with rental companies who can suggest dumpster sizes according to what they've seen over the years. Avoid getting something too little; you might need to have a second dumpster delivered to fit everything and renting two small dumpsters is often more expensive than one large one.

Another problem which could happen if you get something too small is that you'll overfill it. Overfilling is not only dangerous for any driver who will be behind the dumpster once it's loaded on a truck but troublesome for the truck operator as well. Their eyesight could be impeded, for instance. In addition, while loading the dumpster, items could spill all over the place onto the property. For these reasons, most drivers will simply ask you to remove things until it's safe to transport the dumpster. Don't give yourself this extra work; ask about the dumping limit and respect it.

While there's no legal obligation to talk with owners of adjacent properties about your dumping plans, you probably should alert them. There's no need to antagonize and disturb neighbors, which can cause hostile confrontations; you can simply give them some notice that the dumpster will sit outside the property for a few days.

When you're making moves associated with these recommendations, dumpsters can perform their function without troubling you. You should be able to empty out a property without problems. 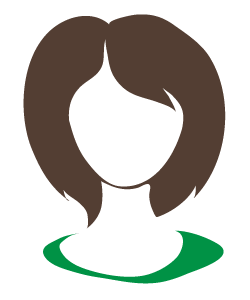 After struggling for quite some time to figure out what was going on with our neighborhood, I wasn't sure how I needed to proceed. The entire neighborhood seemed to have a trash accumulation problem, and it was really obvious that things were getting worse. I wanted to clean things up to create a new environment for me and my family, but it was hard. I started talking with family members and friends about tackling environmental concerns, and they had some ideas to host neighborhood clean up parties. On my website, I thought it would be helpful to increase awareness about doing the right thing.

The Benefits Of Dumpster Rentals
3 December 2021

How Can You Control Erosion on Your Property?
7 July 2021